My final note to my college girl this summer 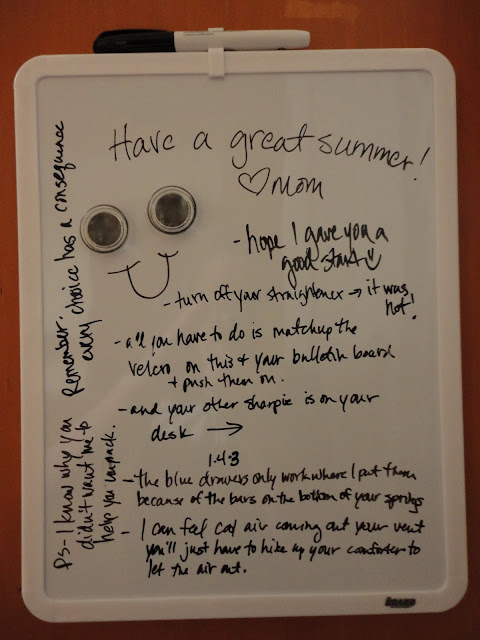 In honor of all the back-to-schoolness
and the many, many "kids" we know heading off to college,
I give you the words I left my daughter this past June
as I dropped her off to begin her university experience.
It brings joy to my heart to know they meant so much to her that she memorialized them on facebook.
Thank you miss h.
(And aren't you so impressed with my skills using the photo messing with tools
that I used to hide your name? I am.)
at August 29, 2011 2 comments:

Just wanting you to know 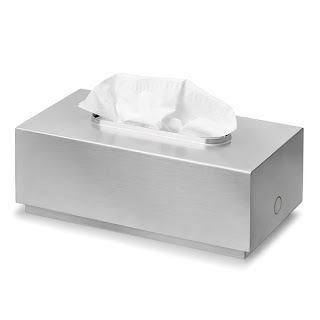 Image from here.
After almost 19 years of always having a little person by my side daily, I am on day 4 of not having any of my people around during the day. I know lots of people have gone through this before and I know my days will get full, I'm just having a hard time with the change right now.

How have you learned to deal with big life changes?

(I know that there's not too many of you out there reading this and I know not many folks like to respond-but if any of you have any wisdom to share, my tissue box and I would be very grateful)

Image from here.
I took the boys to the eye doctor today.
Our eye doctor has the same last name as a guy I was friends with in high school.
And who (whom?) took our engagement photos.
But I don't think they're related.
High school was Idaho.
Eye doctor is Oklahoma.
And there's a lot of years in between the two.
Anyway, one of the tests he did on the boys was a "color deficiency" test.
I was corrected when I called it the old school name.
Apparently it's offensive.
But not to the eye doctor, because he laughed after seeing the look on my face after the reprimand.
Our eye doctor has some color deficiencies.
He told us a tragic story about junior high and the color of corduroy pants he wore on the first day.
It was very traumatic for him, apparently what he saw as brown looked like purple to most everyone else.
Not good for a junior high young man.
I told him that experience probably defined the course of his life's work,
though he probably didn't even know it.
Then I told him that my father in law is color bli deficient.
At least I think he is. At least I think I've been told that a couple of times.
The man gave me a little lesson in genetics.
So, I have a message for my mr.'s sister who has sons.
And for his sister who hasn't sons, but might someday have some sons.
The gene for color deficiencies runs from father to daughter to son
who becomes a father who passes it on to his daughter
who passes it on to her sons.
You might want to get my cute nephew's color spectrum checked before middle school.
_________________________________________________________________________
(I believe he also told me that it doesn't present in the daughters so that's probably why you two sisters have such great style and color sense. But I am a bit confused because I found out a week or two ago that our PTO President has some color deficiencies - especially with purple. And she's a she- so I guess either I will always wonder or I will just put it out of my mind and someday I will find the answer to that question.)
at August 19, 2011 5 comments:

Summer's over = First Day of School = My last day of mommyness

His teacher had play-doh set up in each child's little table area. She asked the children to make play-doh snakes and trace the letters with the snakes on a little laminated place mat she had at each child's spot.
He had yellow play-doh.
The empty seat next to him had red play-doh.
His favorite color is red.
I asked him if he would like me to swap his yellow for the red.
Using his little wise eyes to infer so much more than just his words, this is what he said:
"Mom, I'm in kindergarten now."
He doesn't always have to have his favorite color.
Again, tears.

I believe that I am officially not a mommy anymore.
There are no little, little children in our home.
I don't mourn that.
I think I am mourning the end of my mommy era.
I've done my mommy job (I believe pretty well).
It's time for me to move on to full on mom.
Tears drying up.

Which is probably going to be a little overwhelming for the two teenage young ladies who are still asleep in their beds at this very moment. (miss h is home for a week)
Because now I can focus my momness on them.
Insert evil laugh.

Ok, now the funny story.
Our school is really little. The middle school pod consists of a bunch (maybe 10 at the most) classrooms around a commons area. There is one math teacher for all the grades, one English teacher for all the grades, etc.
After I had dropped off little mr. j, I walked down to check on little mr. b (whose name I am going to have to change because he is almost as tall as me now and his feet are bigger than mine by almost two sizes).
The middle schoolers were already in their classrooms, so I didn't get to see him one last time this morning- but, I did see & hear two boys in his grade who were obviously late and walking through the commons.
"Oh, man I don't know where Mrs. _____'s class is."
"Dude, I think it's over there."
"Man, I'm never going to find my way around here."
At which point I busted up laughing very loudly on the inside.
It's a big room with all the classrooms surrounding the outside edges.
They are going to be very lost in three years when they move on the high school.
At that point a young lady from little mr. b's grade came out of one of the classrooms and told the boy,
"Hey, Mrs. _____'s called your name like three times. You better get in there."

I laughed and then I came home and cried and now I've typed this and feel kind of better so now I think I will go catch up on some laundry and probably cry a little bit more.

For your kindness & patience with my not-being-around-in-the-virtual-worldness (and this little blog's birthday-which might have already passed-I need to check), I will be bringing a treat to your screen soon.

And to my dear Mildred, she whom I used to speak to everyday, school will start soon and maybe we'll get a chance to visit then.  But - maybe not, because I am kind of very jealous that you ran off to cooler weather Wyoming to hang out for the summer.