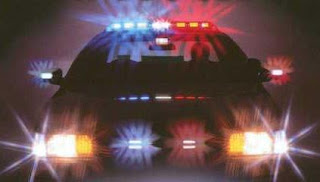 Picture from here.
Consequences.
Everything has a consequence.
Thoughts, words, actions, etc., etc., etc.
What we do causes other things to happen.

And here is an illustration:

We had things to do all all the listed places.  It was great fun.  It was great to reconnect with dear friends and relatives.  It was awesome to see the mountains and clear water again.  The driving didn't really bother me--except that someone was driving too fast and it wasn't me.

Besides making me nervous, the scenery was going by too fast.

I offered to drive. Denied.
I asked him to please slow down.
Momentarily accepted.
Over and over.

Then I gave up until I saw something on the Lewiston Grade (or Moscow Grade depending on which city you favor).  The Grade is this big mountain drive between Lewison and Moscow, Id.  It's a pass that gets you up or down  between the Palouse and the Snake River Valley. The Palouse is and area of land south of Spokane, Wa in Idaho and Washington.  It is known for it's rolling hills. It is gorgeous.  Click here to see some pictures (not mine-I didn't take my camera). And click here to learn more about the Palouse.

We were coming down to go back into Lewiston before heading to Boise, because my mr.'s favorite burger place in the whole world is there on 21st Street and he needed some fry sauce and lunch.

When you are driving down the grade, at the bottom, you can go left to highway that will take you west and then south to Boise or take the curve to the right which sends you into Lewiston.

While I had stopped my speed mantra, I was still keeping watch of the beauty outside and saw an orange sign.

And I said, "You might want to slow down.  There is construction ahead."
And then I was quiet.

And he kept driving.
And I shut my eyes, because I saw what was parked right around the corner.
And then he slowed down.
And then he stopped.

And then we had a visitor, who gave him a souvenir.
That cost quite a lot.
And I kept my mouth shut.

And then we went to lunch.
And I kept my mouth shut.

And I stood by him while he ordered.
And I sat at a booth while he visited the little boys room.
Right by an older native american couple who were discussing a pow wow.
And I rested my feet on the chair in front of me.
And I kept my mouth shut.

And then I put my feet down when he came over with his tray of food and looked at me funny.
I opened my mouth to eat some of his fries and fry sauce.

When he finished, we got in the car and drove to a different establishment that I've not found in OK and got a little something for me. (Which was a mistake, because if I'd been paying any attention at all, I could have gotten a little huckleberry something at my mr.'s favorite place.--If you ever have the chance to have a huckleberry milkshake--you better take it!  Or the mrs will chase you down & scold you.)

Then he took a chance and asked me a question.
He asked me, "What's been your favorite part of our trip?"
And I said, "Being right."


In my mr.'s defence, here is what he said about the incident, "I was slowing down.  I just didn't slow down fast enough."
And while driving back out of Lewiston, I saw two police cars with folks pulled over in the same spot we were.  I think Nez Perce county was having a nice ol' fundraiser that day.
at May 28, 2010