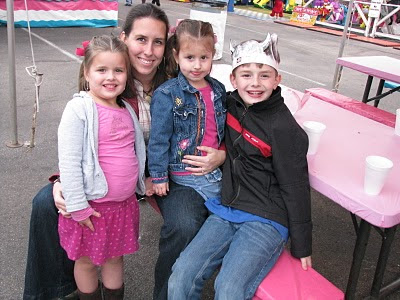 photo source-the beautiful smiling woman
I want you to know that ever since July 2nd I've been smiling (and obsessing about eyebrows, but I am going to stop that now because apparently I am the only person who watched that movie who was bothered by the eyebrows- and, after analyzing myself for a couple of weeks, I've decided that I am projecting my own eyebrow fears and past experiences and jealousies and now I am going to stop--after tonight's tweezing).
I owe somebody a prize.
A beautiful somebody who's taught me a very wonderful lesson. Please listen:
When I met her, she was smiling. And I can't think of a single time that I have ever been around her and she hasn't had a smile on her face.  And I know it's real and genuine. And it's had a huge impact on me.
I know she's had trials.  I know life has thrown it's challenges at her (like it does at all of us).
From her, I have learned that even though it's tough sometimes, a smile can help you power through.
Because there is power in a smile. Not a fake, smirkish smile, but a smile that says, "I know."
And she knows.
That smile works something in your soul.
The past couple of weeks, while I've been thinking of her and her smile, I've been smiling.
And smiling.
And even though life's thrown some some of it's lovelies at me that might trouble my heart, somehow that smile is bringing me peace.
I have a feeling that, "I know."
And everything will be alright.
No matter what happens.
And I am thankful
for that smile.
________________________________________________________________________________
Now here's a little PS that I don't want to take away from the power of her smile, but it makes me smile because it shows just how small this world is and I want to share:
We met in Texas a few years ago.  Her husband went to the same elementary school that I attended (many years after me). Her father in law is (or was a couple of years ago) the principal of that school in Idaho-not while I attended, but later. That just makes me smile.
Go Bobcats!
at July 19, 2010