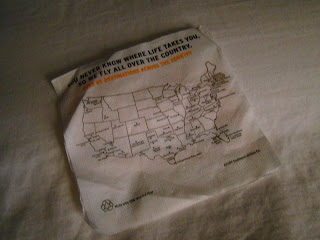 Are you one of those people who are totally comfortable riding in an airplane?
Do you come and go without worry or concern?
Do you enjoy the ride?
Do the people around you make you feel more comfortable, concerned, or blah?
Guess what I heard on the first flight I took on the way to our visit West from someone sitting very near me:


"We're gonna crash!"
"We're goin' down, we're goin' down!"
"I got a bad feeling about this."
I do get nervous sometimes, but was trying to be calm for my kids.

He was just going on and on and on.
And he didn't stop until I put one hand over his mouth and one arm around his body, kissed the top of his head, and whispered in his ear that everything would be just fine.

And held back the laughter.

Because I didn't want to minimize his tender feelings.

Or scar him for life.

And I didn't realize the volume of his terror until, as I held his little 4 year old hand, we exited the plane and folks sitting in rows very far away started saying to him, "See, we're ok. We didn't crash." and "Look we made it." Oh, and "Everything's fine now, isn't it?" And then, when we were out in the new airport, other people started saying things, too!

On our return flight, he was holding my arm so tight but he didn't say anything. He fell asleep right about the time the wheels left the ground.
at October 11, 2010