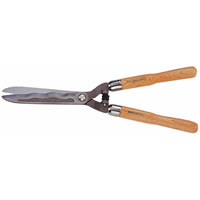 These are not mine. Mine cost a lot less than these ones.
I got mine at Westlake ACE Hardware. I don't know which lake it's West of, but if it's the lake I'm thinking of, Ace is REALLY West of it.
The snazzy image came from here.
So here's a list of what's been trimmed, cut down or taken out this week:
a baby field of  love grass
(ok, this was trimmed the week before, but I'm still counting it)
8 wisdom teeth
little mr. b's finger and toe nails
(finally)
my eyebrows
(actually, plucked)
dead decorative tall grass in the landscaping
dead decorative tall grass in the landscaping
dead decorative tall grass in the landscaping
dead decorative tall grass in the landscaping
dead decorative tall grass in the landscaping
crazy knockout rose bush
crazy knockout rose bush
crazy knockout rose bush
(I know this was wrong, but they were driving me crazy.)
And, because I was on a tear yesterday
(it began with the deads and ended with heads),
little mr. b's hair
little mr. j's hair
my toenails
Alyson's toenails
(I was only a witness.)
And,
at exactly 9:23pm on this day, 22 March, 2011,
the next to last baby molar of a certain
young man.
(I wonder if the tooth fairy will remember to come tonight.)
Today the big Oklahoma wind visited again. It was garbage day. It's not good to have a big windy day and a big garbage day coincide. Makes for a very large mess. Lesson: when you live in a windy area, bag your garbage well before you put it in the bin.  Our bins are big. I filled one up with dead decorative grass and knockout rose debris. It wasn't very heavy and kept on tipping over-along with about 5 others on our street. little mr. j and I did quite the secret service project for our neighbors.  Hence the lesson, because no one wants to pick up other people's ickys and blue melted ice cream. After we finished, we retrieved our yard waste from other folk's yards, got stabbed by some thorns and fought with the bin a couple more times. I finally found something big and broken in the garage and threw it in to give the thing some weight. Now it's gone.
This afternoon, when I came home, there was a wind powered tonka truck driving around in our driveway and an empty trash bin with wanderlust traveling down the road, half a house away.
So tonight, I dare you to ask, "why so snippy?"
at March 22, 2011