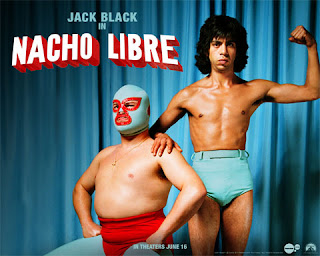 Image from here.
I finished our taxes. I know I should have done this before March 1, as we now have a "student" in the house, but, I didn't, and now we will deal with the consequences. Oh well.
I will do better next year.
And I will learn more about FAFSA.
Yay.

"Precious Father, why have you given me this desire to wrestle and then made me such a stinky warrior?"
--Nacho

little mr. j has had a weird fever that comes on hard and then breaks (very sweatily breaks).
Then it goes away for a while and then it comes back. He plays, plays, plays and then crashes.
I've kept him home from PreK since Wednesday.
He's been doing better today. That fever tried to pop up again at 10am, but I think we made it go away.
Today was class picture day and I didn't want him to miss that, so I emailed his teacher (yesterday) and asked if it was ok if I brought him in just for the picture and she called back while I was taking a nap with him and his breaking fever on the couch. Her email wasn't working but she wanted me to tell him that they missed him and of course he could come for the picture and she was sorry she woke me up. I believe I told her I didn't mind and thank you, but I'm not quite sure. All I knew was that I was now awake, someone was talking to me and I was wet with sweat.

He smiled real cute for the picture and tried to explain to his friends that he wasn't really there.
He was there,
but his friends weren't noticing.

He has a bit of a snotty nose.
That's it.
Yesterday, during the fever, I asked him how he felt? "Does your tummy hurt? Throat? Are you achy?"
He said, "When I get down from a chair, I walk like a penguin."
OK.
Fever talk?
I don't know, he was pretty coherent.

Right now, he and miss s are watching Nacho Libre in the family room.
Earlier today he and I picked miss s up from school to take her to a doctor appt.
The doctor tried to talk little mr. j into working for her, but when she found out he had weak phone skills, she said she couldn't hire him.  So sad.
But, as we were going out to our car, there were five business men in slacks, light blue polo shirts and a couple of cigarettes having a conversation two vehicles over from ours.
miss s said she didn't think that many people smoked anymore.

They were talking about Nacho Libre.
I think they worked for COX (cable provider).
We use DISH.

Now a joke,
Say this to someone, "What are you doing under there?
And when they say, "Under where?"
You say, "BAHAHAHAHAHA."

And a conversation that my mr sat by during lunch today (it's a copy of an email he sent me):
the mrs,  my total scout mileage is 908 miles for 2010. Attached is the monthly breakdown. Thank you for taking care of our taxes again. I’m eavesdropping on some guys talking about the errors in the Book of Mormon. The interesting thing is they agree it’s a great book and has good content, but they are picking at things like Nephi writing about Laban’s “steel” sword before steel was invented. Now they are talking about how American Indians couldn’t have descended from Lehi because they were here thousands of years before the history of the Book of Mormon. Now they are saying, “I could have written a Book of Mormon”. Pretty interesting...

Only his miles were wrong and he sent me a follow up email. And we don't call each other the mr and mrs.