Hi.
Happy Sleet, Ice, Snow and Wind Day 2011.
Oh, I forgot, cold.
It's cold too.
And that big storm is moving North and East.
Good Luck North and East.
Here's what we did today: 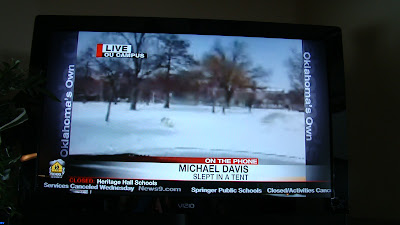 Watched the news.
Because it's always on during severe weather
and before severe weather
and after severe weather.
And there are very important stories to tell.
Like three crazy college kids who decided to sleep in a tent.
And I learned that 'snowmageddon' or 'snowpocalypse' 2011 began here in Oklahoma.
It's now over, but boy is is cold.
Like coldest it's been in 15 years cold.
I found that out on the news.
And there are snowdrifts
and a lot of people stuck in snowdrifts
and when I say a lot of people stuck in snowdrifts,
I mean a lot of people in vehicles
who weren't able to hide out at home
or maybe didn't get the news.
(Ok, there were actually reports of tow trucks and firetrucks getting stuck. Pretty bad conditions.) 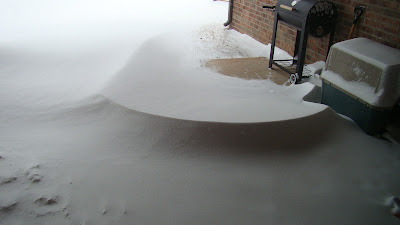 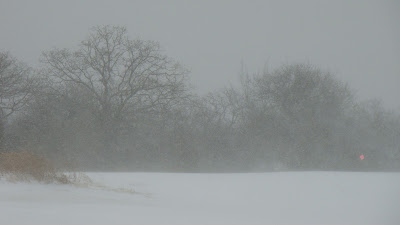 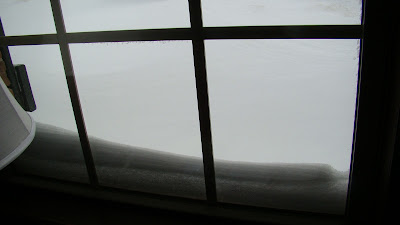 I took pictures through the windows.
I did not go outside.
my mr. did - to deal with the dog.
Poor the dog.
Poor my mr.
She's (and he's) had to go in and out and in and out and in and out.
And in.
I am thankful I am human and can stay in.
And I am thankful I can use a toilet.
(Inside.)
(Side note-my mr. only used the facilities inside today.
I do not know of any outside business, and hope not to.
Except maybe if he's camping and I still don't want to know.) 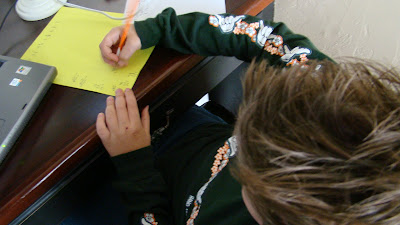 Made my child do his homework
that his very wise teachers sent via email (and that they told their students about)
because they had a feeling it was going to be one of those days.
Incidentally, Monday morning, I was very firm with my school attending children,
telling them to be sure that if they had any projects or homework
they knew about to be sure to bring it home with them.
Because I knew that the severe weather was coming.
Because I watched the news.
(This boy is going to be very annoyed that I used this picture because of the hair.
His hair is an issue. He likes it flat. But it looks so awesome standing up.
There is something at the end of this post to make it up to him.) 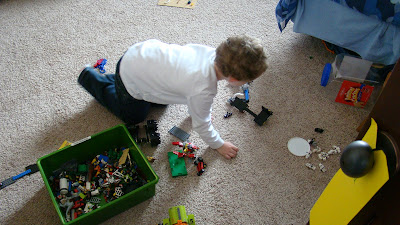 Watched him play.
And listened to a lot of 'pwoshhhhh' and 'wwhhhhaa' and other little boy playing noises. 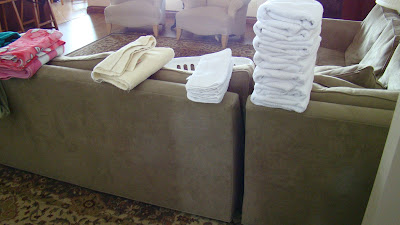 Folded a load of laundry.
This is huge.
Folding laundry is something I am slow to get to. 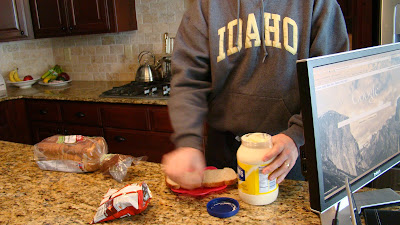 Watched my mr. make himself a sandwich with the mayo I bought him because I love him so.
And later in the day, I made bread.
That package stuff is just the emergency freezer bread for when we run out of my homemade.
We had a baking intervention in the afternoon.
Someone wanted to bake some yummies, which would have been
really not good
because four of us are on
a fitness challenge
and baked yummies
do not jive with our challenge.
Sad. 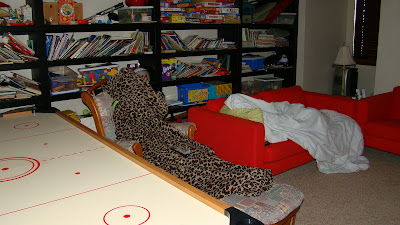 Tried to take a photo of two teenage girls watching a movie. 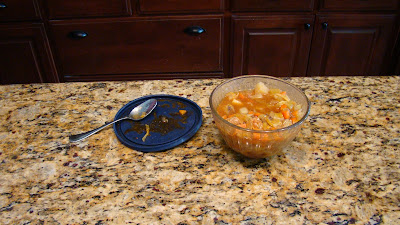 Watched my oldest have leftover soup for lunch.
Yay her.
Yay leftovers.
Yay for that soup that took waayyyy too long to make last night
and didn't taste as good as it should have because I had to use
ground turkey
instead of ground beef for the homemade meatballs
because the last store I went to (Sam's) yesterday (2:30pm) was out.
Yes, out.
Of hamburger.
I know.
The meat manager came out and visited with me about it.
He was amazed, too.
And- when miss h went to top off the little car with fuel,
the station was out
of gas.
So she went to a different station.
And when I visited Target earlier in the day (before the meat incident),
I had a very successful search for a checkout line with less
than seven people in it.
(There were 10 open!- That's a lot!)
It took me a while, but I found one.
After the customer service counter (too many people), jewelry counter (lady in red taking jewelry out of a package said she didn't work there), pharmacy (closed),
happily entering the little food court thing
to a smiling girl who sweetly said she could ring up my two items.
Yay.
When I was done,
there was a long line behind me.
Why all the crazy?
Because this is Oklahoma.
And we watched the news.
And it's important to be prepared, because sometimes these weather events can really mess things up.
(The most awesome thing that I saw in my out and abouts yesterday was the number of people who were accompanying older folks with their errands. Very heart warming.)
And here is another thing I did today-- I found a ton of these kinds of pictures on my camera-awesome!
(This is to make up for the hair, son.) 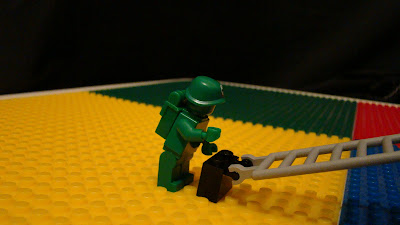 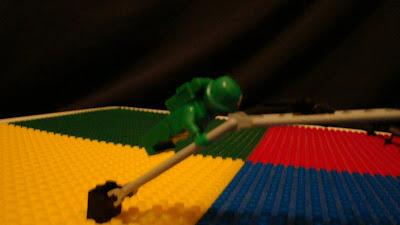 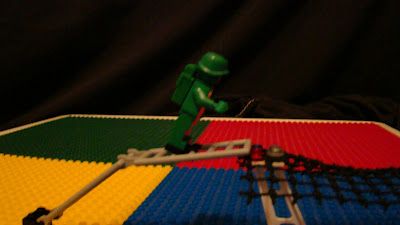 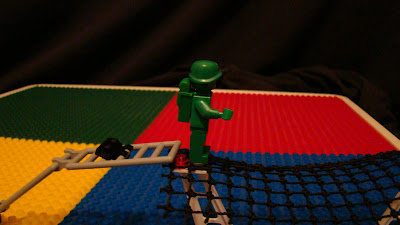 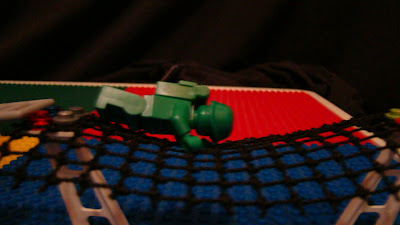 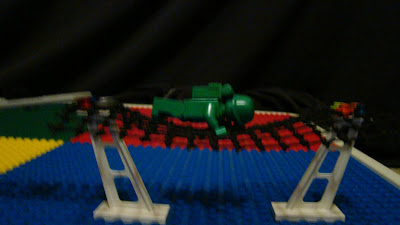 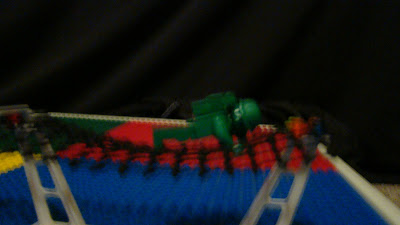 Last but not least, I read some emails.
And found out one that made my snowy day.
Thank you so much, Tashmica!!
On the agenda for tomorrow:
Sleep in.
Clean.
Games.
Because tomorrow is another snow day.
I know-I watched the news.
And now, I know you are dying to know how the little guy's story ends, so here you are: 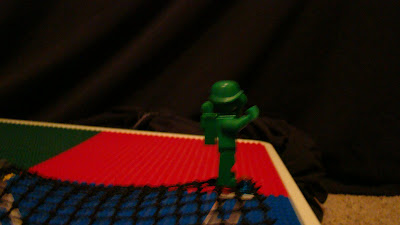