Eve of the Vote 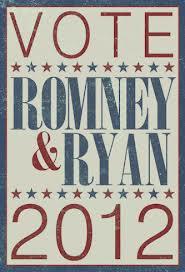 (image taken from friend's facebook page- I have no idea where she got it, but I like it so it's here)

I've argued with myself quite a bit over this post, but when miss s came home with so much to talk about from her government class, I decided it was time to come out.  I've made a decision and I've made a decision to be public (haha- as public as this little blog is) about it. But really, I've decided that since one of the reasons this little blog was created was to leave a little legacy for my progeny- who will someday be adults- to let them know that, yes, mom did know a thing or two- even though they didn't used to think so, I've got some things to say. Things I've learned that maybe they can learn from. Things I really hope I'm not to late in telling them.

Elections-
You need to vote.
People have died so that you can have the privilege.
Don't mock their sacrifices, even through omission.

How to know how to vote-
When you turn 18, go register. You'll get a voter registration card in the mail. It will have all your important information on it.
Find out where your polling place is.  It's usually near your home address.
If you're living out of the area, figure out how to vote absentee.
It's not that difficult.
Once you get to the polling place, follow the directions on the ballot.
This is one of many very important reasons you were taught to read.
If you can't figure it out, there are usually nice volunteers available to help you.


Or, How to know what/who you should vote for/against-
Know your own values and beliefs.
Know what's important to you.
Match your values and beliefs with the candidate/issue.
Look for information, but more importantly, know the sources of your information-and if you can, their sources. Figure out who you can trust.
When I learned about propaganda in WWII in my high school history class, I thought, "Surely, that will never happen again. We've become a much more advanced society and will see right through it."
Like most of my high school thinking, that was extremely naive.
Always, always, always question a person's (or group's or media source or etc., etc.) motives and bias.
Be smart. Be wise.

How I made my decision this vital voting year-
It wasn't easy.
I remember four years ago thinking, "Hope & Change? What hope and change?" There were no specifics and that scared me. Rightly so. Things have not gone well & I do not understand the people who can still stand behind and cheer for that kind of rhetoric.
Our nation's debt terrifies me. We haven't had a budget for years. What would happen if we ran our households this was? It makes me sick just thinking about the horrible mess this leaves for our children to take care of.
I decided years ago (when Romney was running the first time) that I would not vote for the man just because I shared religious belief. A woman I know told me then, "He really is a moderate who can bring the two opposing sides together." Now I believe her. I also let religion in. Because, a man who has served the The Church of Jesus Christ of Latter-Day Saints in the capacities that Mitt Romney has- has to be a man of integrity, an honest man. To be a full fledged 'Mormon,' one must live the commandments and more. Mitt Romney answers to a higher power than congress, country or wife.  He answers to God. I'm afraid that we haven't had that integrity for some time and our country and society need it terribly.

Email ThisBlogThis!Share to TwitterShare to FacebookShare to Pinterest
Labels: parenting